Mafia 3 is known for its amazing storyline, acting, and the gunplay. But, is Mafia 3 worth it today? The game has already 2 years after release and the price had dropped dramatically. However, the experience of Mafia 3 totally makes it worth it.

Mafia 3 should be well under $25 in Amazon for both console Xbox One or PS4. I recommend you get it and try it out. The game has amazing gameplay and storyline and it could hook you up the more you play. Mafia 3 may take a couple of hours to get things going and, at times, the narrative can become predictable. However, once you get into the action, the experience is like non-other.

The game takes place in New Orleans at the time of the 1960s. The time that racism was at the peak of tragedies. You will experience a bit of what happened those days in Mafia 3.

At the beginning parts of the game, a arms dealer is introduced to your character. Your character is named Lincoln Clay, a Vietnam veteran turned into a crime lord.

While Lincoln and the arms dealer are having a conversation, Lincoln asked why his old business partner traded his weapon operation.  The arms dealer responded that the government officials did not want a black man sitting on a lot of ammunition.

Mafia 3 is an open world game full of crime and its storyline is heavily focused on race. Since it was the 60s and the South, a lot of segregation behaviors can be seen.

Some stores are segregated in the game. Also, you can spot racism in conversations in the storyline and with random NPC out on the streets. Even while walking down the streets, people behave a certain way despite nothing wrong committed. 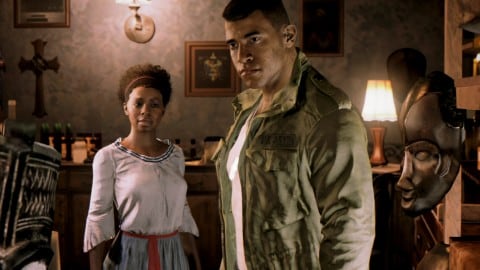 In the game, you’ll learn about Lincoln Clay backstory. Some of his past is showed through documentary clips, through testimonies during trials, and by storytelling. As you may know Lincoln is a Vietnam veteran coming home.

Lincoln was a black man and seeing his perspective of time and place in the game is unbelievable in today standards. Yet, this is the game biggest strength as it allows to experience the life of the 60s in New Bordeaux.

From people (games NPCs) shouting racially language can be hard at a time while playing this game. As mentioned before, at segregated places, you have to enter through the rear door.

The game gunplay is one the best, if the not the best, part of this game. The gunfights are very brutal and bloody. What makes the gunfight so great the graphics detailed they are. From the headshots to the blood scattered detailed all over.

The physics of the gameplay is a point in this game. When hitting shots on enemies, they tend to clutch and at time reel from how hard the point of contact. It is just simply satisfying.

The game cover mobility is very fluid and efficient. You can choose what play style you want to approach, from shooting at the distance or move close range and take down your enemies. The game mechanics is something not to worry as they are easy to grasp.

The guns play and feel very well. From all the handguns to cannon have amazing sounds and feeling to it. We really like Ubisoft weapons of choice for Mafia 3.

Although, the AI enemies are a bit of let down. They are not complex enough rather too simplistic behavior. It is either shotgunner moving in into close range and kill you or long distance shooters leaving their head exposed.

Stealth gameplay is also included in Mafia 3. The stealth mode can be used to bypass the shootouts and handle the situation quietly. All you have to do is crouch and reach your target before they notice and knife them.

The takedowns are very brutal though. You often take down enemies driving a knife through their eye followed up by a body slam and stamping them with your boots.

The driving experience in New Bordeaux is great unexpectedly. Most of the cars are American muscle cars, loud and furious. Blasting The Rolling Stones, Jimi Hendrix among other greatness.

One of the biggest issues of the game is simply repetition. Just too many. From the similarity in almost every gunplay and missions sometimes it gets too predictable.

The NPCs logic fail miserably at times. NPCs coming out nowhere, not noticing dead bodies that were recently killed. NPCs is one of the biggest let down of the game.

A little more time polishing the game and the game would have been a masterpiece. Most of the technical issues are common sense stuff that is hard to ignore. Repetition is something that needs to be taken out and provide a unique experience.

None the less, the game as a whole is worth the experience provided in Mafia 3.

You Should Buy Mafia 3

Is Mafia 3 worth it? f you’re looking for a unique storyline experience and amazing gunplay then Mafia 3 is for you.

The unique setting and actions are enough to get you hooked up. There’s a ton of actions and great acting, especially Lincoln.

Mafia 3 is a sandbox game similar to other open world games like GTA V so there is a lot discover. Although is not as extensive and detailed as GTA V, if you’re a casual gamer then you should have no issues with the less complicated game design.

The game may not be perfect but it after 2 years after release and the price, it definitely worth trying it out. Should be well under $25 in Amazon.

Did we miss anything or you want to add to your experience, then let us know in the comment below.