Out of all the various types of weapons in Skyrim, nothing is more iconic and classic as the bow.

Whether your shooting from a distance to get that bonus sneak critical or shooting down a pesky dragon, there is a bow out there for you that’ll get the job done.

This article will break down the best bows (in no set order), including DPS, draw speeds, and specific bonus the bows might provide.

This article does include unique bows from the DLC Dawnguard (DG) and Dragonborn (DR), I highly recommend getting these Elder Scrolls DLCs if you don’t have them already.

It’s arguably the best common bow in-game as it does 17 points of damage and fires at a speed of 0.562 arrows per second, which is a little on the slower side.

They appear around level 36 with enchanted variants around 37, they can be purchased from blacksmiths and general goods merchants, picked up as random loot drops, or crafted with 3 Ebony Ingots if you have 80 smithing and Ebony Smithing.

You can get one early on at level 18 by defeating a Draugr Deathlord in the Labyrinth at Lost Valkygg. It’s a good bow for sneak attacks as the damage can still be impactful later in the game.

It’s a pretty average bow with weak damage of 13 and a slightly slower speed of 0.687 arrows per second, its actually out DPSed by some common bows. But it does do 20 frost damage to health and stamina tiring enemies out quickly.

You can get this bow during or after the Dark Brotherhood side quest ‘Bound until Death,” when Gabriella informs you she left something on the balcony of Castle Dour. It’s a good bow early on but should be treated more as a support weapon against bosses since it has good debuffs but low damage.

A weak unique bow, it shares the same stats as the Elven bow, 13 points of damage, except for a faster speed of 1 arrow per second compared to 0.687.

The bow does deliver an extra 20 sun damage and triple damage against undead, which makes it really specialized for fighting in crypts and catacombs. If it’s paired with sunhallowed arrows, it does AOE sun damage on impact while firing at the sun causes sunlight to rain down on enemies, and if paired with bloodcursed arrows, shooting the sun causes nightfall. It’s received as a quest reward for completing “Touching the Sky.”

With a draw speed of 0.625 arrows per second and damage of 16, it’s no different from a regular Glass Bow aside from 1 extra point of damage.

What makes this unique bow stand out is for its buffs, enchanted with “The Blessing of the Stag Prince,” this bow gives you an additional 5 points of Health and Stamina. These points increase by 5 for every 20 animals killed, which maxes out at 100 kills, totaling 25 points to Health and Stamina.

It’s an all-purpose defensive bow which can be bought from Falas Selvayn at the Ramshackle Trading Post, and benefits from glass smithing.

It’s a heavy, unenchantable, and one of the slowest in-game with a speed of 0.50 arrows per second, but what makes it special is the way the damage works.

The bow’s damage is dependent on the level you acquire it with levels 1-18, providing the weakest damage of 12 and level 46+, providing 19 damage, equal to the Daedric bow.

The bow does freeze and shock the target; the damage also dependent on the level. It’s a reward for completing the Thieves’ Guild quest, “Blindsighted,” and I recommend it for long-range sneak attacks due to its weight and speed.

Going by pure damage, this bow is the strongest in vanilla Skyrim, only beaten by the Dragonbone bow by 1 point of damage.

It’s similar to a level 46+ Nightingale bow, except it can be enchanted and crafted with 1 Daedra heart, 3 ebony ingots, level 90 smithing, and Daedra smithing. It’s pretty rare but does start appearing as random loot around level 46 with enchanted variants around 47.

You can buy it from Niranye in Windhelm, Tonilia from Riften, and find on a dead archer in the Brood Cavern. I recommend it for long-range sneak attacks like the Nightingale bow.

Thinking about becoming a werewolf? A full guide to answer that burning question.

Just like the Dwarven bow it’s based on, the Zephyr does the same damage of 12 per point but does have a speed of 1 arrow per second compared to .75.

It’s the fastest bow in-game and with a 30% increase in fire speed due to its innate enchantment, the bow even out DPSs the Dragonbone bow, with Dwarven smithing doubling improvement.

It can only be found on the quest “Lost to the Ages,” Katria in dialogue will mention that she left a bow at the end of a log overlooking a chasm she died in.

The bow is a solid weapon but is restricted to an aggressive playstyle due to the weak damage, especially later in the game.

Stat-wise, the Dwarven Black Bow of Fate is pretty average as a Dwarven bow goes having 13 damage, 1 point more than a Dwarven bow, but the same firing speed of .750.

This bow is completely dependent on RNG on top of RNG as there is a 50% of draining 25 health, stamina, and/or magicka, which of all 3 has a 50% of activating. It does have a slightly faster than average firing speed, which means the more arrows fired, the higher the chance of activating all 3 drains.

It’s a quest reward for completing the Kagrumez Gauntlet, and I recommend it as a good bow against bosses due to its ability to top off your stats while draining theirs.

If you ask anyone what the best bow is, the answer you’ll most likely get is Dragonbone, this bow is the strongest and heaviest out of all in-game bows with a whopping damage of 20 points.

The bow can take anything down generally with one shot, with a speed of .75 arrows per second you can nock a second arrow before enemies have a chance of responding.

You can find this bow by defeating a Keeper in the Soul Cairn after level 45 or crafting it with 2 dragon bones and 1 ebony ingot, you will need 100 smithing plus Dragon Armor perk to do this.

The amount of damage one-shot does alone is enough to make it general-purpose, but its true power comes out with sneak attacks.

Rememeber bows are not one handed weapons and first person is a lot more accurate rather than third person. 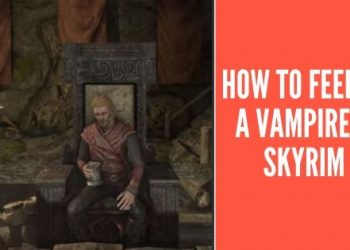