Getting perks in Dragon Age Inquisition is something that is essential for getting through the game.

Perk points are not the easiest things to come across in the game so the last thing you want to do is to spend them on a perk that is not going to benefit you in the long run.

Requirements: None – You can access these perks instantly by spending a point in the category

There is a lot of advantages in having all the knowledge perks in Dragon Age Inquisition. The perks let you get extra options for the story.

You will have the ability to decide what is the outcome of the missions. Not only that, you will 50%more experience when you acquire codex.

Requirements: All you need to have done is capture any keep.

True Grit is a really handy perk to have. It is one of the better perks as it is going to make things a little easier for everyone in your party.

The reason for this is that each party member will get their defense raised by 10 percent.

This perk is very, very handy when you are playing on the highest difficulty and if you have party members whose defense is low.

Requirements: There are none for this perk

Eagle-Eyed is the kind of perk that when you read what it does you think it is kind of lame and not worth you spending a perk point on it.

However, I counter this by saying that once you have gotten used to having Eagle Eyed as one of your perks there is no going back.

So while it may not be regarded as one of the Dragon Age Inquisition best perks it is still very useful.

It makes the area that you scan much larger, making it easier to find interactive objects. This comes in way handier than you would think.

Requirements: You need to have invested four points into the secret perks category.

This is a really neat perk and if you have Rogues in your party it is certainly a perk that you want to have.

This makes it so all of the Rouges that you have in your party are able to open master locks.

You can now do much more expiring and as a result find loot chests that have some awesome stuff inside.

Requirements: You need to have Sterling Reputation perk

Money makes the world go round and that is especially true in Dragon Age Inquisition!

The Elite Clientele perk makes it so when you buy and sell from merchants you get 15 percent better deals. 15 percent may not sound like a lot, but it goes a long way.

This perk actually is a combination of two other perks, Sterling Reputation and A Favor for a Favor. So you are getting the best of both worlds with this perk.

Requirements: There are none for this perk

This is a perk that is essential for anyone who is playing Dragon Age Inquisition. The reason for that is this one here makes your inventory management so much easier as it gives you an extra 15 slots.

Even though Dragon Age Inquisition gives you 60 slots those get filled up very quickly so you will really appreciate having those extra 15 slots.

Requirements: You need to have the Antivan Tailoring before you get this perk.

Ok so on the surface Imperial Court Tailoring is the same as the Antivan Tailoring we just talked about. It gives you a further 15 inventory slots.

This along with the Antivan Tailoring can take your inventory slots from 60 to 90! This is a perk that you simply must make an effort to get.

Requirements: There are none for this perk.

I really think that Sterling Reputation is one of the Dragon Age Inquisition best perks for players who are early in the game. While ultimately you will want to get the Elite Clientele perk.

This Sterling Reputation Perk is great at the beginning of the game as you get 10 percent more gold for the stuff that you sell to the merchants. This is a fantastic way to get you a good nest egg of gold early in the game.

Requirements: You need to invest three perk points in the Forces perk category.

More Healing Potions gets straight to the point with its name! No messing around here, you get a very welcomed ability that allows you to have four more healing potions on your person.

This perk can really save your butt on the higher difficulty levels as you can burn through your healing potions incredibly fast. So having the ability to carry four more is fantastic.

Requirements: You need to invest five perk points in the Forces category.

Advanced Focus is a perk that seems to run under many peoples radars, but it is very handy. It will allow you to have an increased focus that is 200 points.

Advanced Focus in Dragon Age Inquisition is Worth it

Requirements: You need Advanced Focus before you get this.

Why be advanced when you can be a master! Once you have gotten the Advanced Focus, you may want to go that extra mile and use another perk point to get the Master Focus Perk.

This one increases your focus another 100 points to 300.

Get Discounts with A Favor for a Favor Perk

Requirements: There are none for this perk.

A Favor for a Favor as a similar perk to Sterling Reputation. While the main aim is to get the Elite Clientele perk. At the beginning of the game, you want to get this one here.

The reason for this is that merchants will lower their prices by 10 percent which can go a very long way to helping you get the items you need to get further in the game.

These are the Dragon Age Inquisition best perks! These perks are going to really help you out as you progress through the game.

Have a good read over them to make sure you understand that certain perks require you to have other perks or have done certain things in order to obtain them.

Perks can make your life so much easier in the cutthroat world of Dragon Age Inquisition! 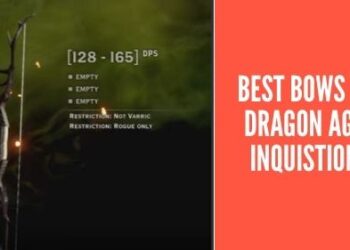