Every time there is a sequel to anything, we look forward to bigger and better. You expect aspects of the old with significant improvements. The Sims creators have launched many versions into the market over the years. Each new release brings new changes in the form of addition or removal of some features. Some people prefer Sims 3 while others laud the new features on Sims 4.

In this article below, we will provide a Sims 3 vs Sims 4 review. We look at the significant differences, similarities, as well as the pros and cons of each.

Sims 3 was released in 2009 while Sims 4 in 2014. You will find some major differences in terms of features and hardware advances. To understand the differences better, we will explore some of the significant features of the two.

Sims 3 allows for more exploration due to the open-world approach. The player can explore the world and community to their heart’s content. You will not find the same in Sims 4, where the loading screen comes up with every move you make. For some, it interferes with the fluidity of the game, thereby making Sims 3 better in this aspect.

You also get more flexibility with customizing the world in Sims 3. You can, for example, increase the lot sizes or sculpt the land for different purposes such as building a home or business premises. In Sims 4, you get designated plots on pre-designed maps. While you do have the ability to move the plot around or demolish structures, you have limitations in numbers.

Sims 3 has more variety and flexibility with where your characters can go. They can go shopping, to the beach, salon, among others. You get over 80 different lots once you factor in all the expansion packs. In Sims 4, you only get 29, thereby limiting the places the characters can visit. For some players, the lack of flexibility gives a feeling of redundancy and boredom after some time.

Sims players have the freedom to personalize how their characters look. In Sims 4, you get a hands-on interface that allows you to customize your characters by pulling and pushing different pieces and bits.

You can add as much distinction as you wish, including facial features and body types. You, however, do not have the ‘create a style’ feature that allows you to play around with the colors or objects freely. The feature is only available in the cats and dogs expansion pack.

In Sims 3, you have the ’create a style’ feature, makeup slider, and height differentials, which are not available in Sims 4.

Having come into the market at a later date than Sims 3, Sims 4 has better graphics due to advancement in technology.

The developers took some time to ensure that the Sims 4 characters are more lifelike. They can perform multiple tasks, such as talking and eating at the same time.

The Story progression feature is not available in Sims 4. The feature was present in Sims 3, and you could turn it on and off, depending on what you wanted at that particular time.

In the Sims 3 vs Sims 4 comparison, you get more options with the former due to the DLC content; a feature that is missing in the latter. The advantage is that; overall, the game has such rich content; you may not even notice this feature is gone.

Sims 3 is more realistic of modern life because the characters can drive vehicles. The same is not available in Sims 4 where cars only appear as background decor. You really make no sense of how the Sims gets around because they appear and disappear when convenient.

With the new features on the Sims 4, there are certain pros including:-

Some notable cons include:

Related: How to get rid of money in Sims 4

Overall in the Sims 3 vs Sims 4 comparison, determining the overall play experience is really an individual preference. You get a more immersive realistic feeling with Sims 3. Your characters can move around in different worlds, shop, drive to work, enjoy tons of activities for the kids and family, among others. There is even crime which makes it more representative of real life. The story progression feature gives your characters more freedom in terms of living their lives as they wish. They can get married and have kids without your control.

Sims 4 is less representative of the world as it is today. There is no crime, no transport system, no open world, and fewer characters than you would find in Sims 3. Both Sims 3 vs Sims 4 have expansion packs, but they come at a cost.

Our Sims 3 vs Sims 4 comparison will give you the basic information you need if planning to purchase the game. 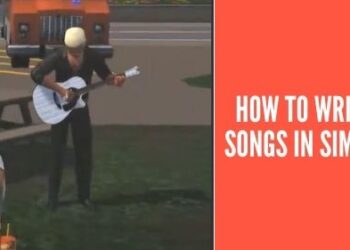 How to write songs in Sims 4 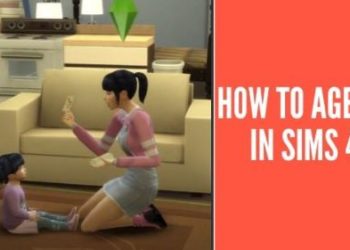